← Battle Armour Billy and His Watercolor Powered Space Suit
COME ON AND TAKE A BEE RIDE! →

Alistair and His big Left Arm are legendary. But we’ve learned not to ask questions about it. Not because we feel it might embarrass him, but that he’s too eager to share why it was so big. 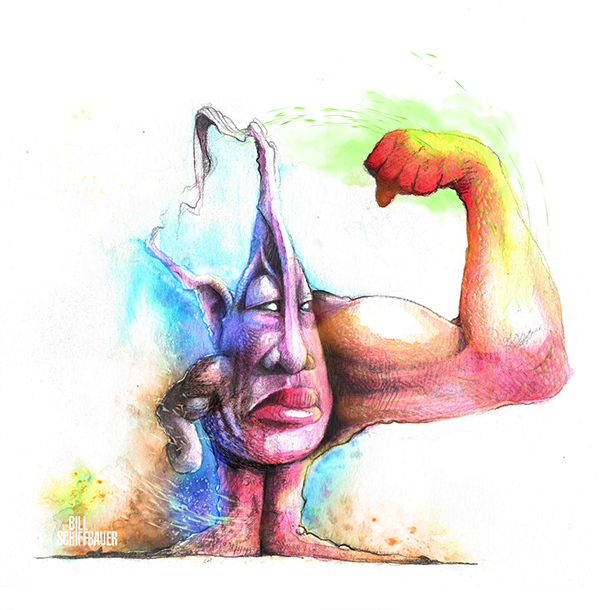 After painting this with traditional watercolor, I scanned it in, touched it up, added the swirling and glowing elements using my #huion tablet. 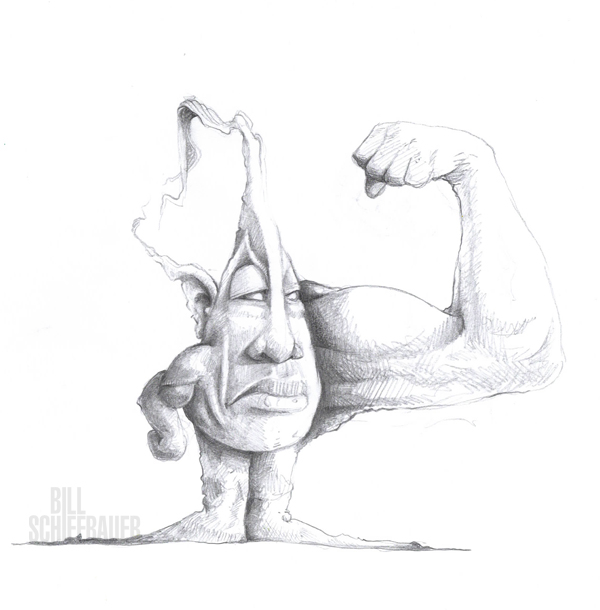 This is the original pencil sketch.

The original pencil sketch started out as a serious anatomical study of a flexed arm. And it was just an arm at first. But there was still a little bit space left on the paper that was begging to be filled. But there didn’t seem to be enough space to make a full torso nor properly visually balance it out. I attempted to sketch in the left peck muscle, but to me it sort of looked more like the side of a face. So I thought, wouldn’t it be funny if I finished it going in a completely different… surrealistic direction? …and it was all down hill from there. 😀

Below is the speed paint video of the creation of Alistair and His Big Left Arm.